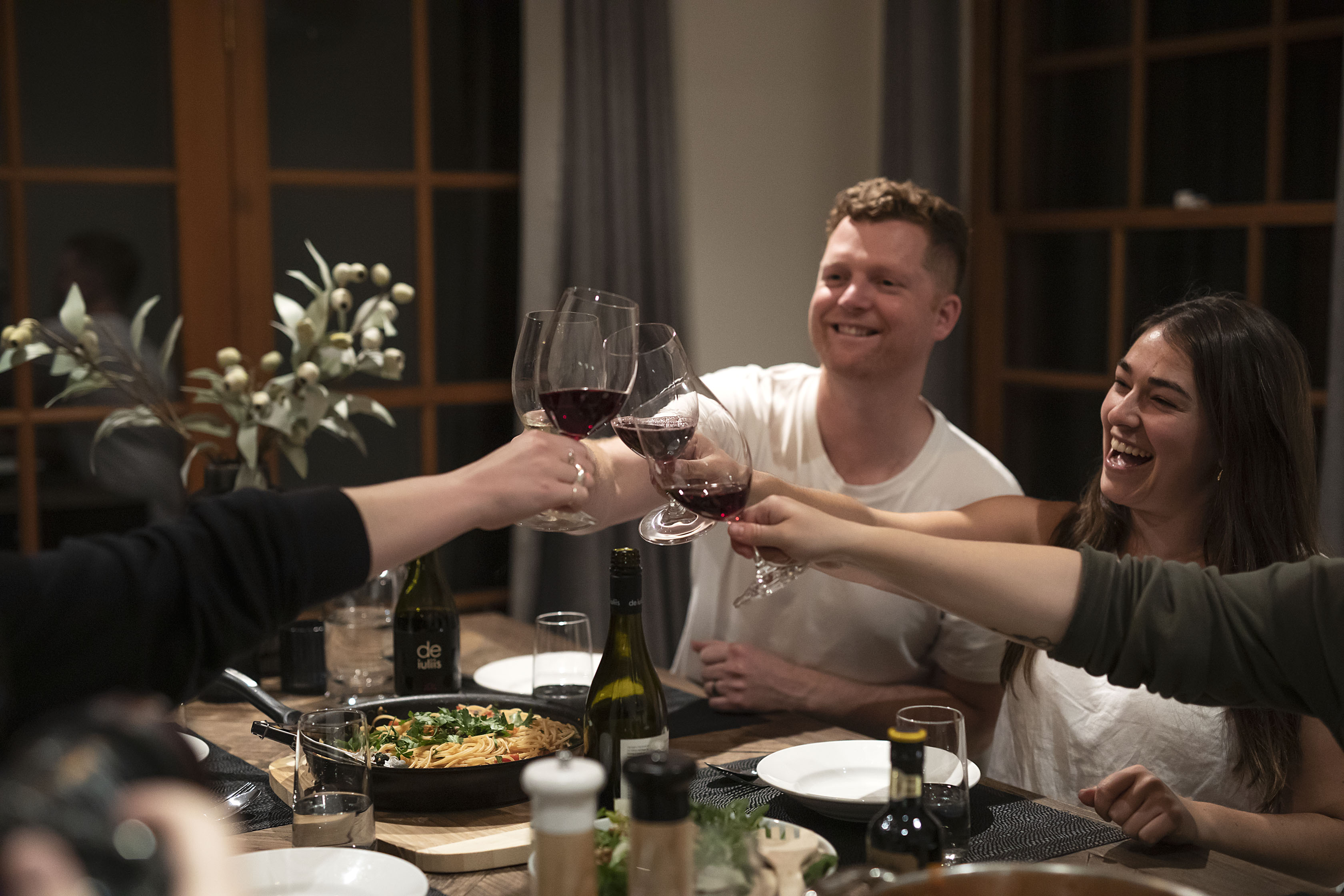 How to Cork ‘n’ Fork at home with Mike De Iuliis

Though the 2021 edition of Cork ‘n’ Fork was sadly cancelled, there’s no reason you can’t fire up the barbecue, smoker or cooker of choice and put on a feast for your nearest and dearest at home (restrictions pending, of course). That’s why we had a chat with our owner/winemaker Mike – a self-confessed BBQ fanatic – about his favourite ways to cook, drink and encourage general merriment when something like a pandemic is preventing you from living your best life.

What’s your favourite way to barbecue?

“I have a variety of BBQ methods up my sleeve,” says Mike. “I’ve got a smoker. Actually, I’ve got two. And my go-to on the smoker is beef ribs – I love them. Slow-cooked with four hours in the smoke and two hours wrapped up, then they’re nice and soft and just fall apart. I’ll sometimes have them on their own, but I also make a pretty mean smoked-beef-rib pie.”

Not particularly keen on a smoker? That’s okay, because Mike happens to be a recent convert to the Bunnings $85 Mini Jumbuck Spit, which has also developed a cult following on social media. “You go on Facebook and there’s even an appreciation society with thousands of members,” says Mike. “It’s just people sitting in their backyards with their mini spit roasters and it’s now my favourite thing to do on a weekend afternoon. You fire this thing up and it’s unbelievable, mesmerising, like watching a lava lamp. You can’t tear your eyes away from the meat; just sit there, enjoy a wine and get the cricket or footy on in the background. There’s honestly nothing better.”

If you’re more of a classicist and prefer a grill and hotplate, Mike’s preferred option is the tried-and-tested combination of steak and snags. “We’ve had the same barbecue for 16 years, which we were given on our wedding day,” he says, “It’s a Weber Baby Q and it’s the only barbecue we’ve owned since, though I’m going to have to replace it this Christmas. I love that little thing and all I’ve had to do is replace the burner. I rang the helpline and the woman was so excited because she said our model was one of the first ever made. I love cooking a nice, dry-aged, thick-cut T-bone on it. It’s got to have a good bit of eye fillet on it though – that’s the bee’s knees.”

What wines would you take to a barbecue?

“On arrival, you can’t go past young, fresh semillon,” says Mike. “From the Hunter Valley, of course. Drink it nice and chilled with some French onion dip, Jatz, tasty cheese and smoked oysters from a can.”

And with your main?

“I’d go a sangiovese with a bit of a chill on it,” says Mike. “Put it in the Esky on the way out of the house, but sitting on top of the ice, not plunged in it. You want it in a cool-ish place but not frozen cold. That’ll take the edge and heat off, so it’s perfect for a summer barbie.”

What are your top tips for barbecuing at home?